It’s one thing to have a nightmare, like the one I suffered for years of that woman on roller skates who skates menacingly towards me until she’s just about to reach me, then is suddenly transported to the far end of the rink and starts coming at me again, over and over… ugh. I’d rather have a falling dream — that’s kinda like flying, right?

Anyway, it’s another thing entirely to CAUSE someone else’s nightmare.

Take a look at this picture: 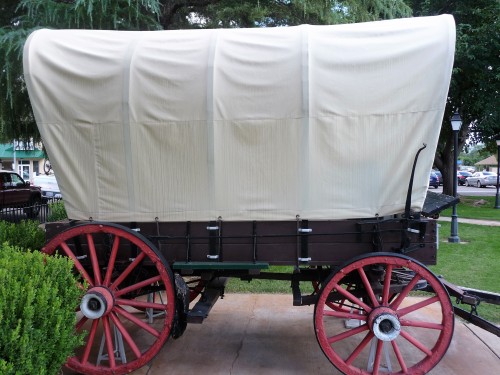 That’s what I’d been thinking. But then, tonight, reviewing the photo, I suddenly remembered…

I told you previously about summer camp here and here.

4th Grade summer camp took place in a campground called Wagon Train. All the “cabins” were built like wagons, although they were large enough to house five bunk beds in a horseshoe shape. I took the top bed on the first bunk to the left. Cabins were named by states. Both years I attended Wagon Train I stayed in Vermont. 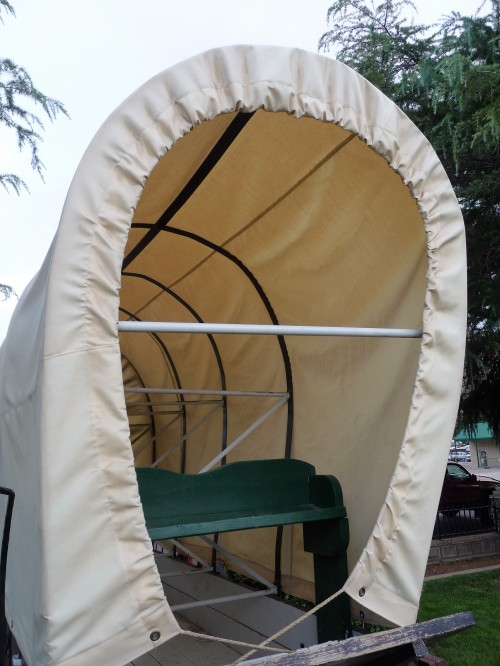 One night I awoke and desperately needed to use the restroom. My flashlight being semi-unreliable, the restroom being another “wagon” somewhere out THERE, and the distance TO there being pitch black and potentially full of bears, I did the logical thing. I hissed the names of my cabin-mates until one responded, (“Psst! Bugs, are you awake?” and so on.) (Yes, there was a guy who arrived with the nickname “Bugs,” as in “Bugs Bunny.” Trust me, I have as many questions as you. What I wouldn’t give to go back now and ask some of those questions.)

Finally, to my great relief, one guy was awake, and admitted (to his relief that I’d asked first) he also needed to use the bathroom. In the 4th grade, away from home for the first time ever, The Buddy System made perfect sense… To be totally honest, I still dread night strolls through sleeping campgrounds, due to such things as a startling moment with a grazing deer in Bryce’s Watchman Campground on my way to the National Park Restroom (NPR) last year. In my experience, almost nothing good comes of roaming around in dark woods (the exception is stargazing).

We wriggled out of our sleeping bags, braved the inky forest, found the restroom, finished our business, then returned to our cabin, crawled into our bunks, and discovered that other boys had taken our places during our absence.

OK, duh… Obviously, we’d returned to the wrong cabin (Virginia, maybe?), rousted strangers from THEIR beds and falsely accused them of taking over OUR beds — exactly what we were doing to them. Looking back now, I can’t believe how long we persisted with the belief we were right. We managed to wake most of that cabin in protest, and it wasn’t until the counselor shined the light on his own face that we realized the mistake was ours and finally skulked out their swinging door.

To the guy I woke up from a deep sleep and probably inspired life-long nightmares… Sorry. My sincere apologies. If you want to tell your side of it here, please let me know. If it helps provide some closure to a very disturbing event, the stage is yours…

2 thoughts on “Tale of a 4th Grade Nightmare”