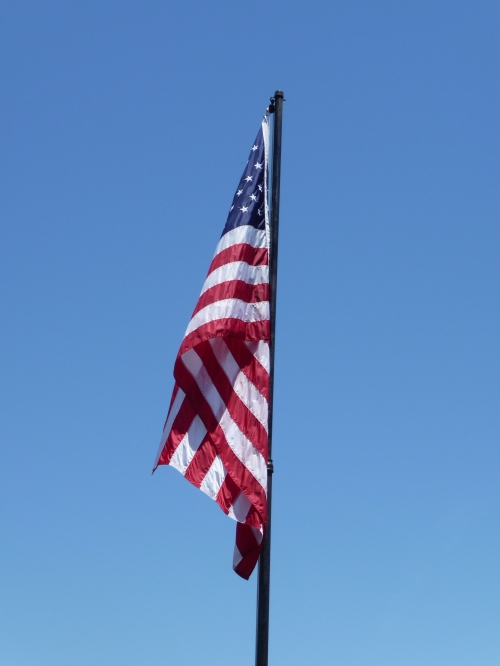 Today is Flag Day in the USA. Happy Flag Day everybody!

A couple of weekends ago, the US “celebrated” Memorial Day. “Celebrated” in quotes because the extent of the celebrating I know of was one friend who invited me to attend the closest local parade. Looking to join, I mapped it. Three neighborhoods (meaning “towns” merged together) away, through heavy traffic… I passed. My friend went, then left halfway through, citing his boredom.

So when Flag Day fluttered into view on the calendar, I told myself, “Do-over!”

Mary Pickersgill sewed the garrison flag that inspired Francis Scott Key to write, “The Star-Spangled Banner.” The house where she lived and worked in Baltimore became a museum in 1927, still functioning as such today:

Besides their Flag Day celebration, the museum also administers a scholarship for high school seniors, and an annual award honoring community-minded women in leadership.

Simply knowing some tangential facts about our flag inspires me to put a little more effort into my patriotism. Hopefully the same holds true for you!