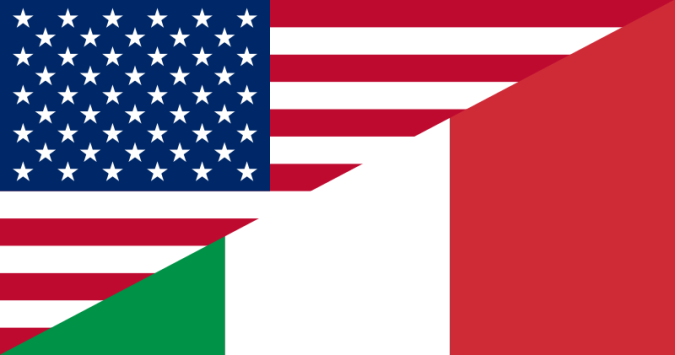 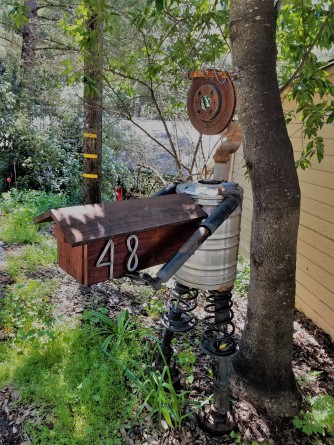 Winner: Italy, because I wouldn’t be afraid of that mild, mossy mailbox, whereas the other could transform into something explosive, spy on me, break into my house, or mug me. Can you imagine spotting a human-shaped mailbox in the shadows of a darkened street… Spooky!

Although, I suppose if the other mailbox and I were friends it wouldn’t seem so threatening, but then it would be all like, “Oil me! Oil me!” Who needs more friends like that? 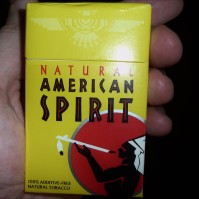 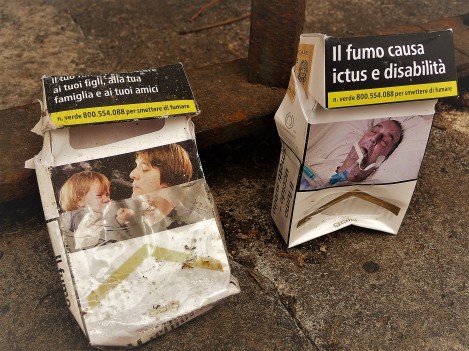 Winner: America. Again, determined by being the least scary. Sure, scariness may be the point (and as a non-smoker myself, I applaud the Italians for their intentions), but just as with round one, who wants to be frightened every time they reach into a box?

By the way, I found all these cigarette boxes as trash, but the American box was found IN the trash — near the top, no digging required, and the Italian boxes were scattered as litter (shame, shame!) among many others, near the Coliseum in Rome. 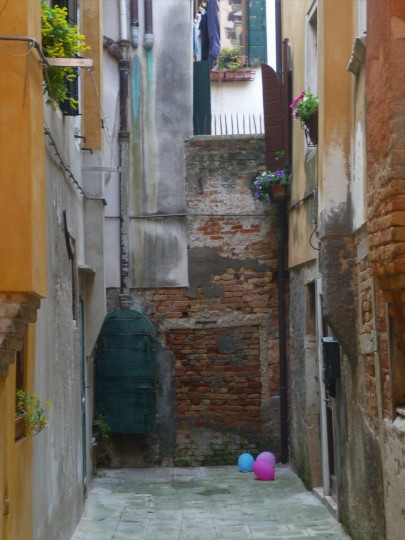 Winner: Italy, obviously. I mean, come on, the balloons not only match the flowerboxes above, but they match the stains too? A light blue stain? Seriously?!

Honorable mention goes to the American balloons for actually being overhead.

Round Four: Things Seen From Above that Rhyme with “At”

Sorry, Italy, the whole “party litter” thing got old, even if grey is a complementary color to pink. You already played the custom color card.

And while a “Happy Birthday” hat (in English) might seem suspicious, that picture did originate from Monterosso. Honest! Left by an American? Probably… Then again, maybe the cat is named Leonardo, or Donatella.

Besides, the cat lives in Hawaii. He (or she) has had a rough month.

Either way, I choose the cat. 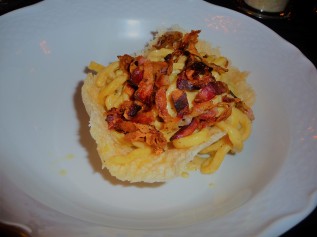 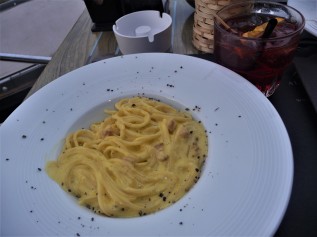 Based on the above photos? America. Not only did that taste awesome, it’s gorgeous to look at. (Plus, they prepared speck two ways — crispy AND meaty chunks.)

But here’s the thing… I hunted THAT meal down to satisfy my craving for carbonara, and took special care to snap a good photo. However, the carbonara on the right PROMPTED that craving (specifically, the bottom two dishes, despite the ashtray between them; the top one proved interesting due to the strange “fried cheese bowl” it came served on, although spoiled by the use of slightly-burned bacon instead of prosciutto).

I went all the way to Italy with a precise carbonara in mind (R.I.P. Caio Bella! Caio Casa Nostra!), and returned satisfied, hungry to explore, and open to all carbonara possibilities.

So then, the final winner? Your clue is found in another, classy mailbox:

(I warned you this would be arbitrary…)