A hike to the geothermal area in Lassen Volcanic National Park known as “Bumpass Hell” in 2015 revealed a smorgasbord of hiking styles: prepared, not prepared, polite, rude, curious, oblivious, observant, selfish, selfless, etc. So let’s count down the winners (and losers)!

3. THE CHIPMUNK WHISPERER = This young girl makes the list despite breaking a cardinal rule of the outdoors, “Leave wild animals alone.” Had she achieved her aim of taming a chipmunk long enough to pet it – or worse, had she used food as a lure – she most certainly would have been disqualified. Fortunately for her, the chipmunks were wise enough to stay out of reach, and I’m too kind-hearted (foolish?) to kick her off the list. Ultimately, the only ones mesmerized by her efforts were the crowd of us charmed by the future Dian Fossey’s (relatively) innocent interaction with the fauna.

2. LADY VISOR = Also making the list? The woman with the awesome tinted sun visor that flipped down like a welder’s mask, shading her entire face.

Want one too? Here is a good version – with six colors to choose from!

1. MR. MANNERS = Ironically coming in first place is a very gracious gentleman, who demonstrated no urgent need to be in the lead on the trail. After his hiking companions forced the right-of-way on a steep, narrow section, nearly pushing me and my friend Cindy off the path, Mr. M. attempted to make polite reparation for his companion’s behavior, citing “the rules of the road.”

Maybe these three seem too mild to deserve recognition. Trust me, a happily participating child, a trekker prepared for intense sunshine, and a well-mannered nature enthusiast were all very much exceptions that day. 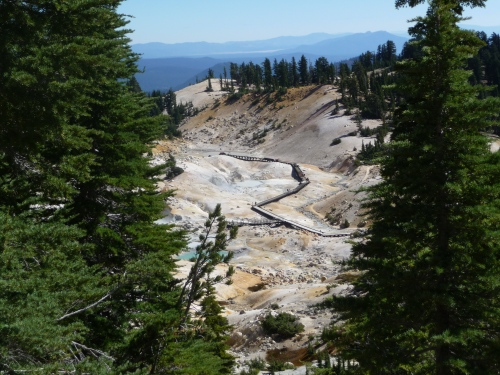 Next up: THE BAD