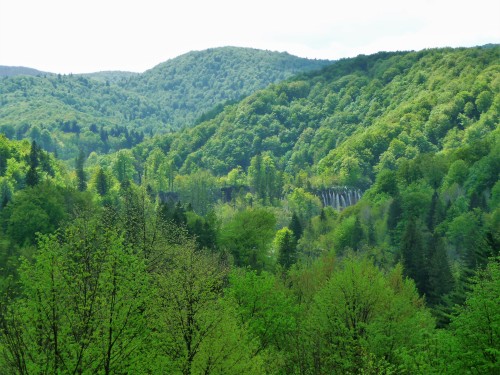 The tour guide – let’s call her Jezera, so she doesn’t lose her job, okay? – spotted Mike and me as she started a head count on the bus. “Where have you two been?” she asked, flipping the apology we’d been expecting into an accusation: She hadn’t ditched us; we’d wandered away.

“We got held up at the point where they were doing construction on the path,” either Mike or I explained. I don’t remember which of us spoke, because that wasn’t even close to what we said to her in my head, which started out more like, “If you’d been paying attention like you’re supposed to…”

(Yikes. Biting my tongue now, before I get snarky. …where were we? Oh yeah!)

The afore-mentioned construction, apparently raising the path above the rising waterflow: 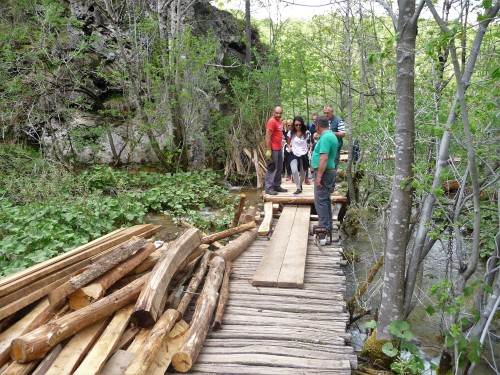 “We came around the corner to where the path split, and you all were gone,” Mike or I explained.

(“You all?” That doesn’t sound like Mike OR me! Get out of my head, Foghorn Leghorn!)

Jezera shrugged. “I waited at the split and asked someone in our group if there was still anyone else on our tour behind them. They told me they were the last one,” she said, deflecting blame.

Um, really? Because the only other people held back with us were the mother and two daughters who then asked Mike to take their picture. After they left, we quickly snapped a couple of shots, then chased after our group. That’s where this photo came from: 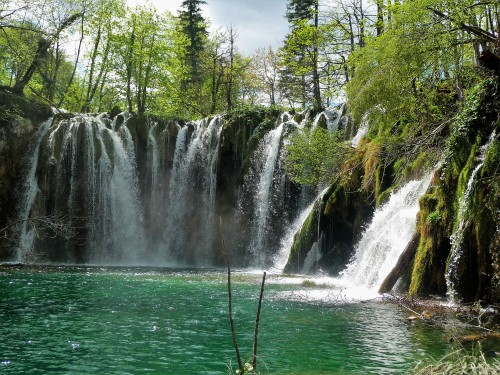 “I thought you were in front of us all day. You can go ahead and give me a bad review,” Jezera sighed. “Everyone else is going to.” She moved on to finish her count, weary from having hunted down four other members of our group she’d also lost along the way.

Gee, thanks for the permission to give my honest opinion, Jezera, but I think you’ll punish yourself even more than your boss could. No point in adding fuel to those fires. Besides, you seem like a nice person (and perhaps slightly unobservant, at least when it comes to herding large tour groups through complicated wilderness tours). Plus, life is too short for surveys. I never fill them out.

A map to the complicated wilderness: 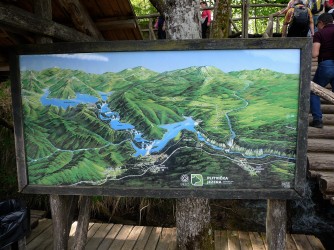 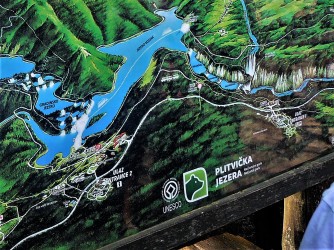 We took a bus from where our cruise docked (near Zadar, Croatia) to Entrance 2 of Plitvice Lakes National Park, and walked to this ferry: 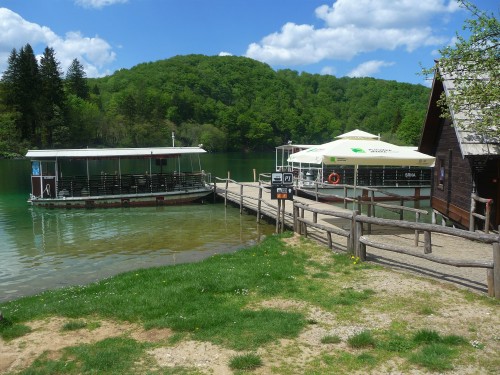 Looking at the map: the ferry took us across the narrow part of Lake Koziac (the largest lake). The ferry route is hidden by that big white blob. The non-hikers in our group then took another ferry across the wide part of Lake Koziac – the dotted line on the map that goes across the large lake – and shopped and ate and waited until the hiking half caught up to them. (It was from these non-hikers that the other four went missing, once Jezera combined the groups and led everyone except Mike and me through the “Lower Lakes” tour.)

Before that Lower Lakes tour, though, the hiking group followed Jezera uphill to see some of the “Upper Lakes.” (That is where she “lost” me and Mike.) Abandoned, we returned to Entrance 2 rather than chase the tour group, not knowing if all were ahead of us or behind us. We found our bus (still parked at Entrance 2, hooray!), found time to shop for a Plitvice book to show us all we’d missed from our expensive tour (the main reason we’d gone to Croatia in the first place), then rode the bus down to Entrance 1, where all were reunited and returned to our cruise ship.

Shh, do you hear that? An apology? Whoops, nevermind! False alarm. It’s just Jezera chatting with the bus driver, instead of trying to salvage the return trip by, oh, I don’t know, being an informative guide? Trying to give us our money’s worth?

Oh well. Probably worked out for the best. You’ve seen one waterfall… 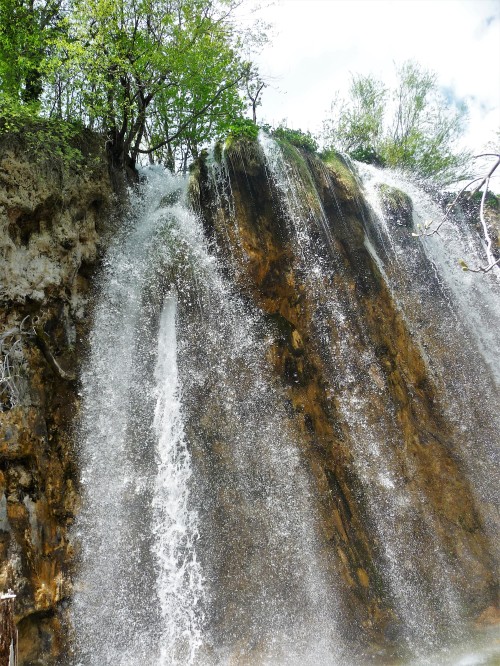 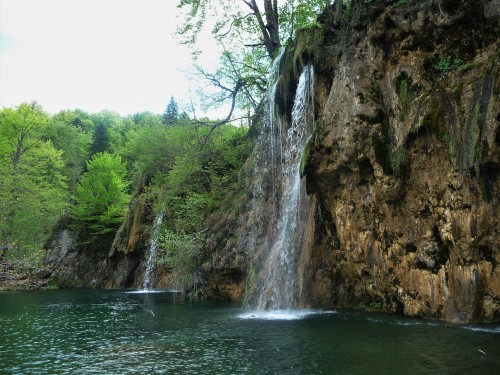 No, the real problem for us were the paths. Narrow, tilted, railing-less paths and stairways over open water, with oblivious tourists blocking the path to take photos, then pushing past to be in the lead again? Playing leapfrog with strangers on a precarious road? Ugh. Just like commuter traffic… 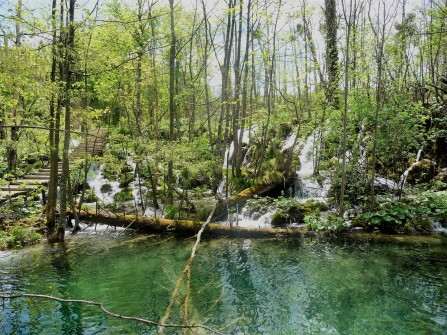 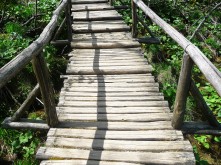 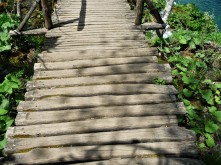 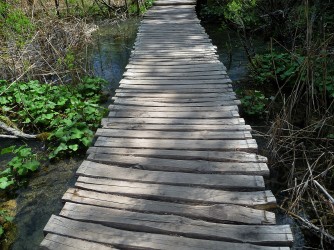 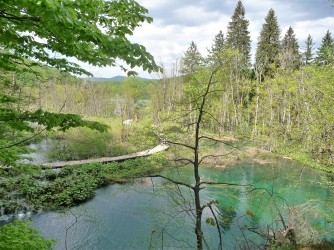 Would I go back again?

Absolutely. (But probably not with a large group tour.)