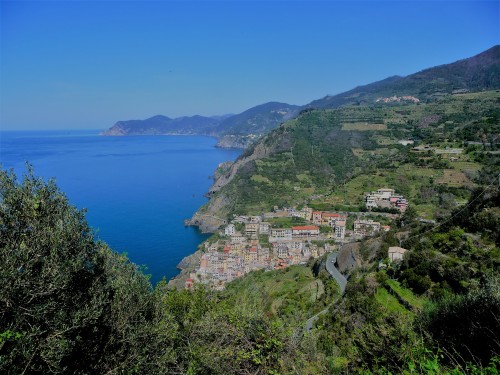 Cinque Terre National Park, inducted by Italy in 1999, doesn’t protect only the landscape (a section of the Ligurian coastline) or only the five, historical medieval cliff-side towns (Riomaggiore, Manarola, Corniglia, Vernazza and Monterosso) within its boundaries. 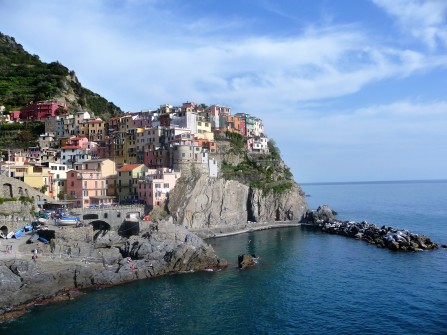 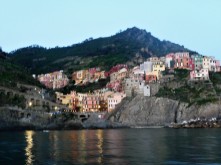 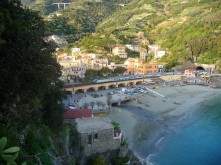 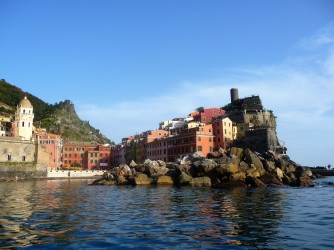 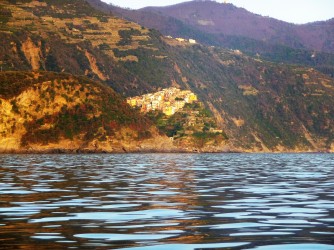 I love this concept: establishing a park to preserve (no, more than that; to sustain, to improve) the cultural relationship between humans and their environment. 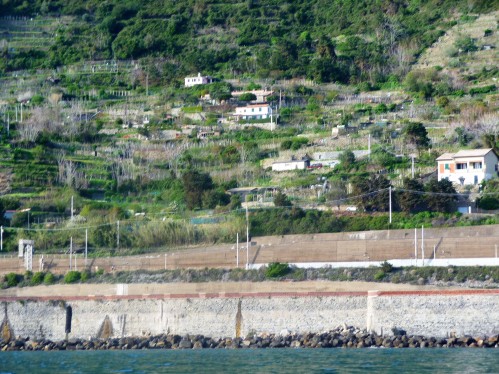 The impact over time of tourism on the area led to a shift away from fishing and agriculture (primarily vineyards). This “terrace abandonment” resulted in land degradation, and landslides are now a major threat to the region.

Cinque Terre National Park (also a UNESCO World Heritage Site) practices “extreme ecotourism” (my term). “Extreme” because all parks everywhere — and more to the point, all tourism — struggle to maintain a similar balance between preserving local culture and promoting an economy, but a park that exists to provide an economic foundation while the physical foundation is literally reinforced?

Every level supporting AND relying on every other level? Extreme! 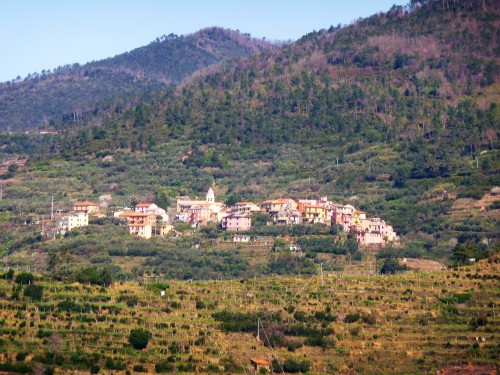