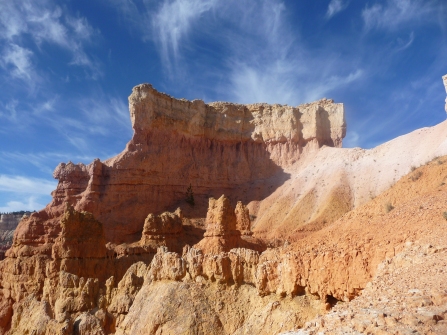 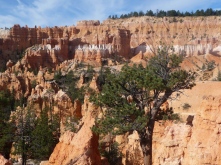 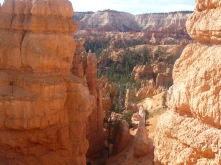 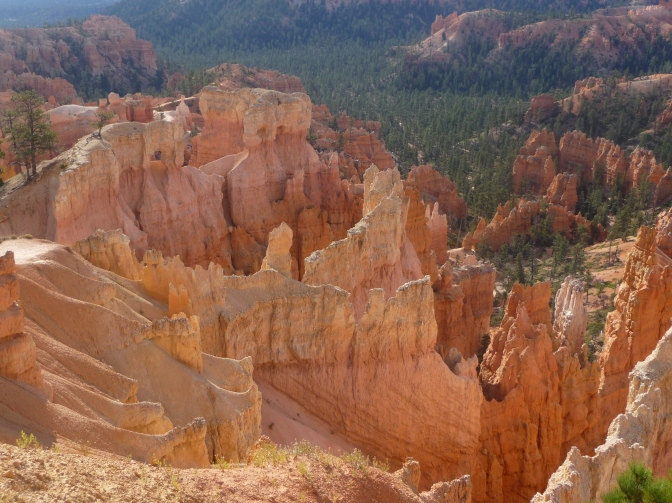 We chose this hike because it divided into two parts: the shorter, more manageable Queens Garden trail for myself, and the extended Navajo Loop for my friend Royce.

After a (mostly) pleasant hike downhill, we parted ways. I hiked a couple of minutes further, and then saw this:

Did you catch that? Here it is again, a little closer: 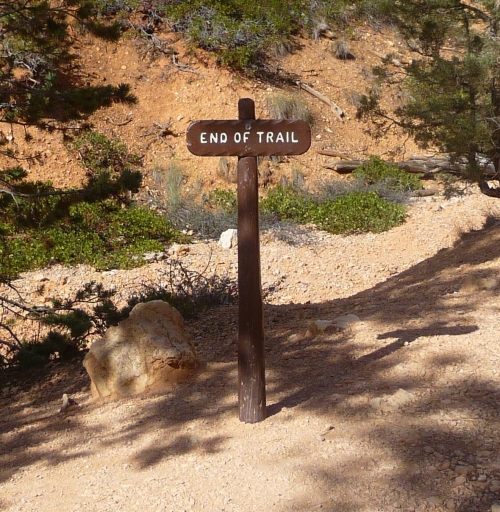 In Zion the previous day, while waiting for Royce to complete a different trail extension that surpassed my hiking stamina, I’d eavesdropped on two couples from Michigan (and I mention their state because they did, celebrating their random encounter like they’d found each other after years away from civilized company).

They’d all passed through Bryce two days prior (without running into each other — Oh, the horror! The missed opportunities!), and compared notes about these two Bryce trails. The Navajo Loop challenged all of them far more than they had expected. I made a mental note: “Avoid Navajo Loop Trail.”

But then I’d told Royce, so naturally that’s where we headed first. Splitting up had been a better compromise than my first instinct. (“Gee, these cliffs are steep! Should we get close to them? Come look, Royce!”)

My three choices: 1. Climb up the slope alone (there were vague instructions on how to get back without a trail, something about looking for landmarks or…? I forget. Actually, true confession, I lost interest and didn’t read carefully, knowing I would never attempt it). 2. Chase after Royce, possibly not catch up, and hike the more difficult Navajo Loop with him or alone. 3. Return the way I came. 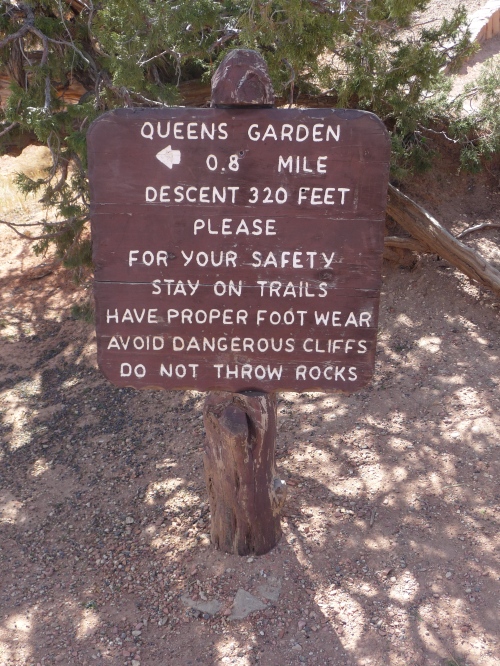 Well, no. Not that it mattered, apparently. Telling people not to fall off of cliffs, and not to destroy the landscape SHOULD get precedence on the sign over pertinent information, because people with no common sense always read the signs and follow the rules, right?

Anyway, trying to decide which route to take back, I compared notes with a woman similarly struggling with this decision. She’d planned to visit Bryce with a friend, until the friend had recently been in an accident while hiking, resulting in something like 12 pins linking her broken bones back together. Hmm… That sounded familiar.

(The woman spoke with an accent — Australian? Let’s call her Olivia, the second most popular female name in Australia. Number One is Charlotte, but that’s a spider’s name, and spiders are scary. Maybe her friend with all the broken spidery legs is named Charlotte.)

Olivia’s solution to camping without her spider friend was to bring a (borrowed) dog. I’d brought Royce. I made a mental note of the dog option for the future. (For one thing, dogs don’t read negative tweets aloud while you are driving.)

Anyway, Olivia decided to head back up the same trail she’d hiked down on, because it would be faster and she needed to get back to the borrowed dog in her car. I decided to go the same way because my other two options were bad ideas, and one should always follow good advice from sensible Australian hikers.

Besides, Royce would be taking pictures of the Navajo Loop trail (which a dog totally cannot do).

On the way back and while waiting at the top, I got these shots (nothing else to do to kill the time, except throwing rocks): 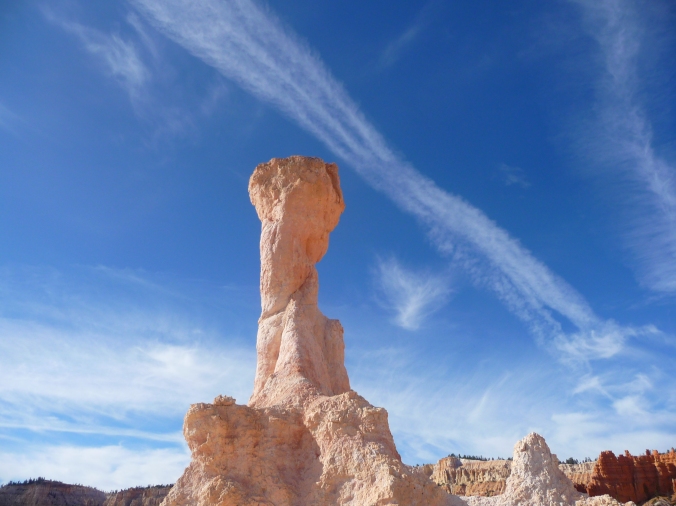 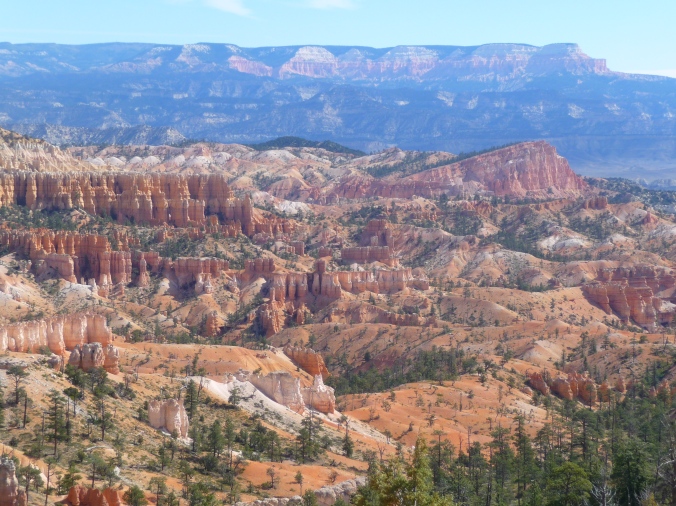 As a former boss used to say way too often, “Win/win.”

One thought on “Seeking Trail Wisdom”